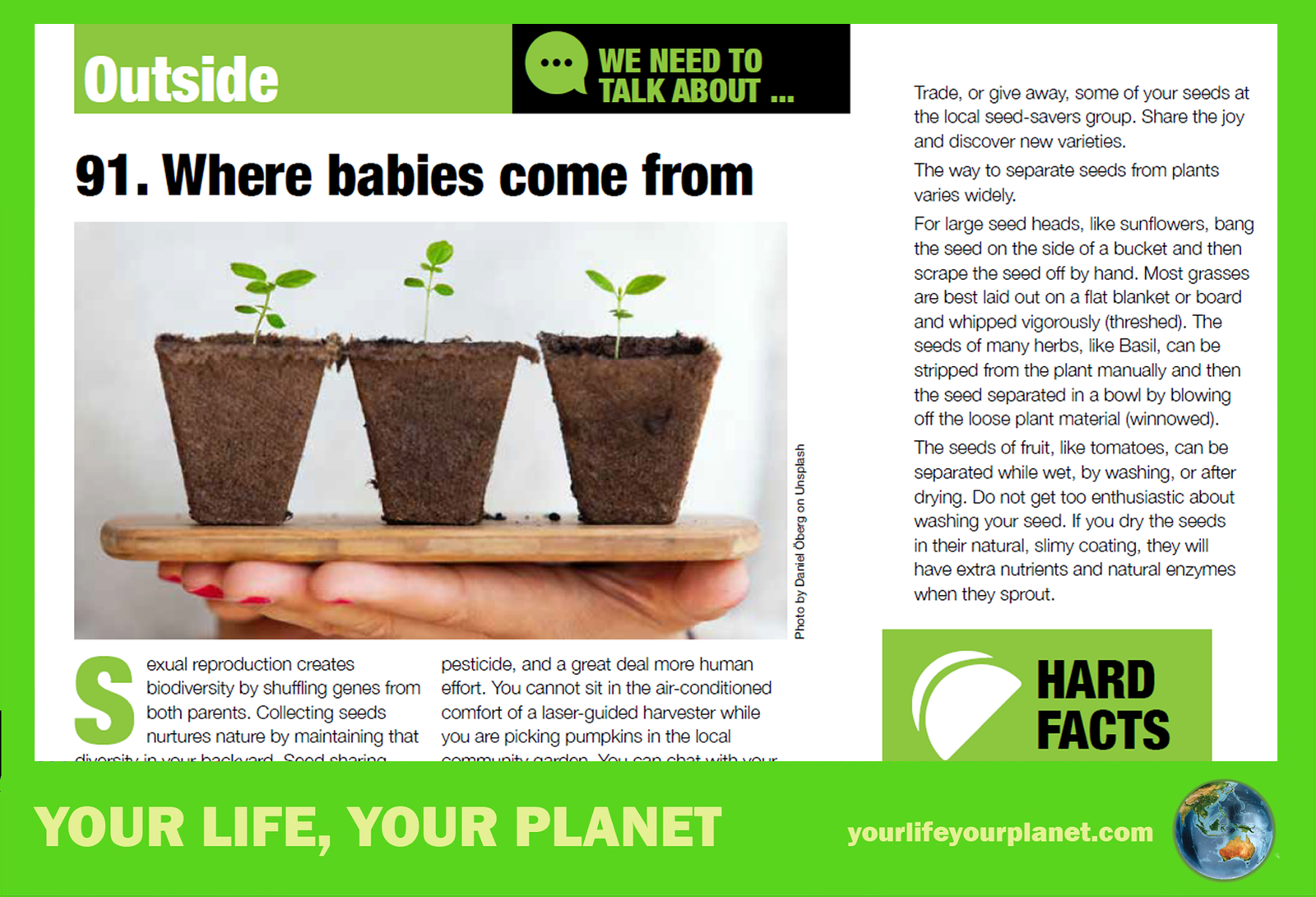 Global industrialised agribusiness is the second largest source of Greenhouse Gas (after energy production) and a major cause of biodiversity loss and damage to waterways. All of us have to eat, though, so its hard to see how can turn this major global industry on its head.

A secret weapon in a revolution of the food system is the Seed Savers Network.

Meeting in local libraries, church halls and local community centres, Seed savers are groups of people who share seeds and knowledge about plants. Sharing seeds saves money, makes sure that you are growing food plants suited to your area and also keeps alive thousands of food plants that otherwise might disappear from the face of the earth.

If you doubt that there is an urgent need to start saving seeds research these three topics.

Thank heavens that a global network of backyard gardeners is keeping tens of thousands of varieties of food alive by growing them every year, storing and trading seeds in local libraries. These traditional food varieties are known as heirloom seeds and some seed companies have now released Heirloom Seed ranges of traditional crops like purple carrots.