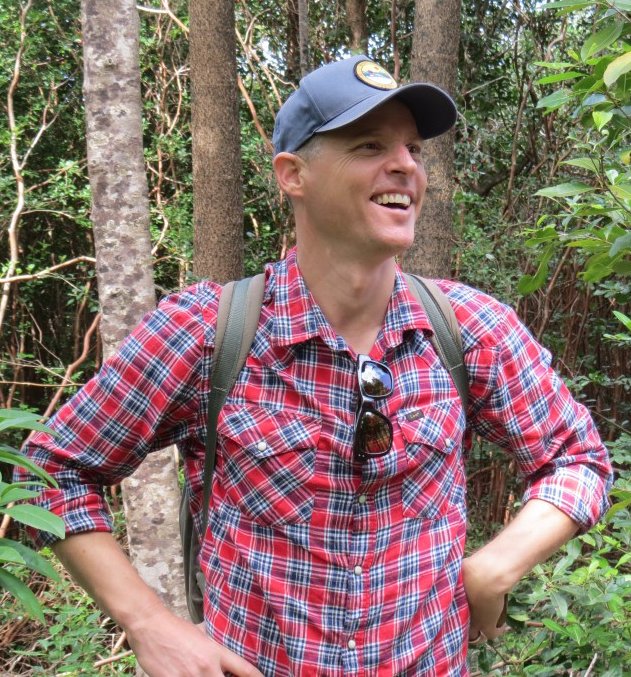 The long held principle of bush regeneration is that “local is best.” The idea is that restoring the plant communities that existed in an area before the European invasion is the best way to “return” to a stable, natural environment and re-establish biodiversity to support animals and other plants endemic to the area.

That may no longer be the best rule to work by, according to plant ecologist and researcher, Dr John Dwyer.

He describes his research thus: “In general, I use Australian plant communities, both human-impacted and natural, to provide empirical tests of ecological theory. I am particularly interested in the processes that maintain species diversity and ecosystem function, and how these processes may be altered by human activity and ongoing climate change. I am also interested in natural regrowth vegetation and how it can be used to sequester carbon and enhance biodiversity in fragmented landscapes. Overall, I aim to advance ecological knowledge and inform better management of our unique ecosystems and landscapes.”

Dr John appeared on EcoRadio with #yourLifeYourPlanet author, Geoff Ebbs, to discuss the implications of climate change on local bush regeneration. He described the multiple impacts of disruption from changes in land use and climate change on plant communities and the ecologies which depend on them.

“Isolated populations are not as resilient and find it more difficult to adapt and migrate,” he explained. He also pointed out that they are less able to cope with existing diseases and the new diseases that might appear due to human activity and the migration of species in response to a warming climate.

Listen to the full interview on our SoundCloud site.

Every now and then I have to recognise a new topic

Some of the great food from Loganly Grown. The Glo

Native raspberries are one of the fruits of an indigenous education program at Kelvin Grove State College. Read more about the visit by #YourLifeYourPlanet to the garden and the urban farm at https://ylyp.au/the-fruit-of-indigenous-learning/ #ylyp

Spoke to @sammyjcomedian on ABC Melbourne this morning about the demise of Internet Explore. Time for some reflections.
https://geoffebbs.com/disrupture-from-explorer-to-the-edge-2e090e1a4b03

A week ago I was harvesting my turmeric. Now it is processing time. Follow the process of peeling, slicing and drying at https://ylyp.au/processing-the-tubers/
#ylyp #YourLifeYourPlanet #turmeric #backyardspices

Had a great day at the #loganqld #LEAFevent. Cr Mindy Russell stopped by to visit the stand.

Geoff will be at #LEAFevent signing copies of #YourLifeYourPlanet, launching an eco-food directory and shining a spotlight on your natural brilliance. Geoff's books are $20 each, the directory and the spotlight are FREE! #ylyp @logancc