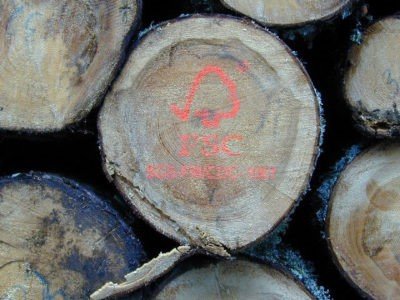 Deforestation is a significant contributor to climate chaos, biodiversity loss and depletion of groundwater. It requires significant effort on a number of levels.

There are global certification bodies that provide a form of policing, including the capacity to interrogate the source of timber products using a chain of custody, or record of the handling of the product from forest to retail product. They are far from perfect, however.

There are also significant global reforestation projects that deserve examination for both their success and their failures.

This article provides a quick overview

The European Comission provides some clear definitions of sustainable management and the degrees of damage that we need to avoid.

Some of the facts presented by the EC demonstrate the nature of the problem.

Unsustainable management in many tropical countries has led to forest degradation and deforestation, and has contributed 17.5% of all greenhouse gas emissions.

In 2009, the forest certification schemes covered some 74.7 Mha or 42% of EU forests. Globally, they cover only 15% of forests. More than 90 % of certified forests are in OECD countries.

While the figures have changed in the last decade, it is clear that the problem of tropical forest management remains a major challenge.

The Forest Stewardship Council (FSC) claims to be the most rigorous form of certification and facilitates and supports a chain of custody,  as a commercial service provided by certifying agencies.

The Program for Endorsement of Forest Certification (PEFC) collects and collates information and efforts by national certification authorities. It is known in Australia as Responsible Wood and you can get the general tenor of their approach in this article from 2017.

Natasha Stevenson posted this handy summary of the differences between the two organisations on her linked in feed. https://www.linkedin.com/pulse/5-differences-between-fsc-pefc-natasha-stevenson/

FSC is an international standard which is nationally adapted to act as an independent monitoring body, ensuring forestry is working to certain standards -> a “top down” approach
PEFC is active in over 30 countries and assesses independent forestry management schemes against international criteria for sustainable forestry -> a “bottom up” approach

FSC was created to prevent illegal timber being consumed and is more focused on the environmental aspects
PEFC is essentially a build on from FSC to facilitate certification of sustainable forestry, but adapted especially for small scale land owners

The following article is taken from Yale 360 e, an environmental publication of the University.

In a 2014 report, Greenpeace, an FSC member, accused FSC-certified logging companies in Russia of “wood-mining” forests the way they might strip-mine coal, as a non-renewable resource, and of harvesting “areas that are either slated for legal protection or supposed to be protected as a part of FSC requirements.”

The cases in China, Peru, and Romania all resulted from undercover operations by the Environmental Investigation Agency, a Washington, D.C.-based nonprofit. “We didn’t mean to go after FSC,” says David Gehl, that group’s Eurasia programs coordinator. FSC just kept turning up in the same places as a lot of illegal logging, he says. Many logging companies appeared to obtain an FSC certification for management practices on one forest, and then use it to cast a halo over their far more extensive dealings in forests elsewhere, with little regard for sustainability or even legality.

Started in 2007, the Great Green Wall is an enormous project intending to plant a “barrier against climate change running across the Sahel region. This semiarid region of western and north-central Africa extends from Senegal to Djibouti. It forms a transitional zone between the arid Sahara desert to the north and the belt of humid savannas to the south.”

The United Nations and the World Bank have worked with 11 nations across Africa and spent billions of dollars with mixed success.

The challenges faced in such an ambition project include failure to engage local land management practice, exclusion of marginalised groups such as youth, women, or ethnic minorities because of local culture, economics and politics, predatory land trading and agricultural interference, a lack of measurement methods to monitor outcomes, and lack of follow through to ensure that planted forests remain cared for until well established.

The international organisations have worked hard to learn lessons from these struggles and overall, most people consider the project a significant success. The world bank independent assessment group writes …

Many unqualified statements have and continue to attribute Sahelian greening entirely to the actions of farmers.

One specific example of this is described by FAO specialists Moctar Sacande and Nora Berrahmouni (2016). Investigating four cross-border regions of Mali, Burkina Faso, and Niger located in dryland ecosystems of the Sahel, they used local farming expertise to identify the selection of suitable native species for large-scale natural capital restoration in the framework of the GGW. Starting from the assessment of local farming needs, the most environmentally well-adapted and economically relevant species were prioritized, quality seeds were collected, and nursery seedlings produced, all under the technical supervision of the villages. Consequently, ‘‘from 2013 to 2015, 55 woody and herbaceous species were planted to initiate restoration of 2,235 ha of degraded land. On average, 60% of seedlings survived and grew well in the field after three rainy seasons” (Sacande & Berrahmouni, 2016:479).

It is clear then, that while European nations have implemented highly monitored and sophisticated forest management practices, the rest of the world has a long way to go and we have much to learn about supporting nations with limited resources to participate in this important global project.